Buildings and other engineered structures, including bridges, may collapse if their structural integrity is compromised, especially due to effects from other natural or human-made hazards. Older buildings or structures, structures that are not built to standard codes, or structures that have been weakened are more susceptible to be affected by these hazards. Most buildings constructed after 1961 in the Commonwealth were built under modern building codes as adopted in the Pennsylvania Uniform Construction Code. However, 47.5% of occupied housing units were built before 1960 in Pennsylvania. Philadelphia County has the highest percentage (70.2%) of housing units built prior to 1960.

Bridges serve to connect both large and small roadways and communities throughout the Commonwealth. Whether they span another roadway or a body of water, bridges are a crucial part of every transportation system. However, many of Pennsylvania’s bridge structures are aging and in great need of repair. Pennsylvania has more than 25,000 state-owned bridges, the third-largest number of bridges in the nation, with an average age of over 50 years old. As of April 2018, 3,098 of the 25,396 bridges on state roads and 1,909 of the 6,423 bridges on locally-owned roads were classified as structurally deficient and 30 bridges on state roads and 190 bridges on locally-owned roads were closed.

Hazard events such as fires, winter storms, and tropical storms could create conditions that would cause buildings or structures to collapse. 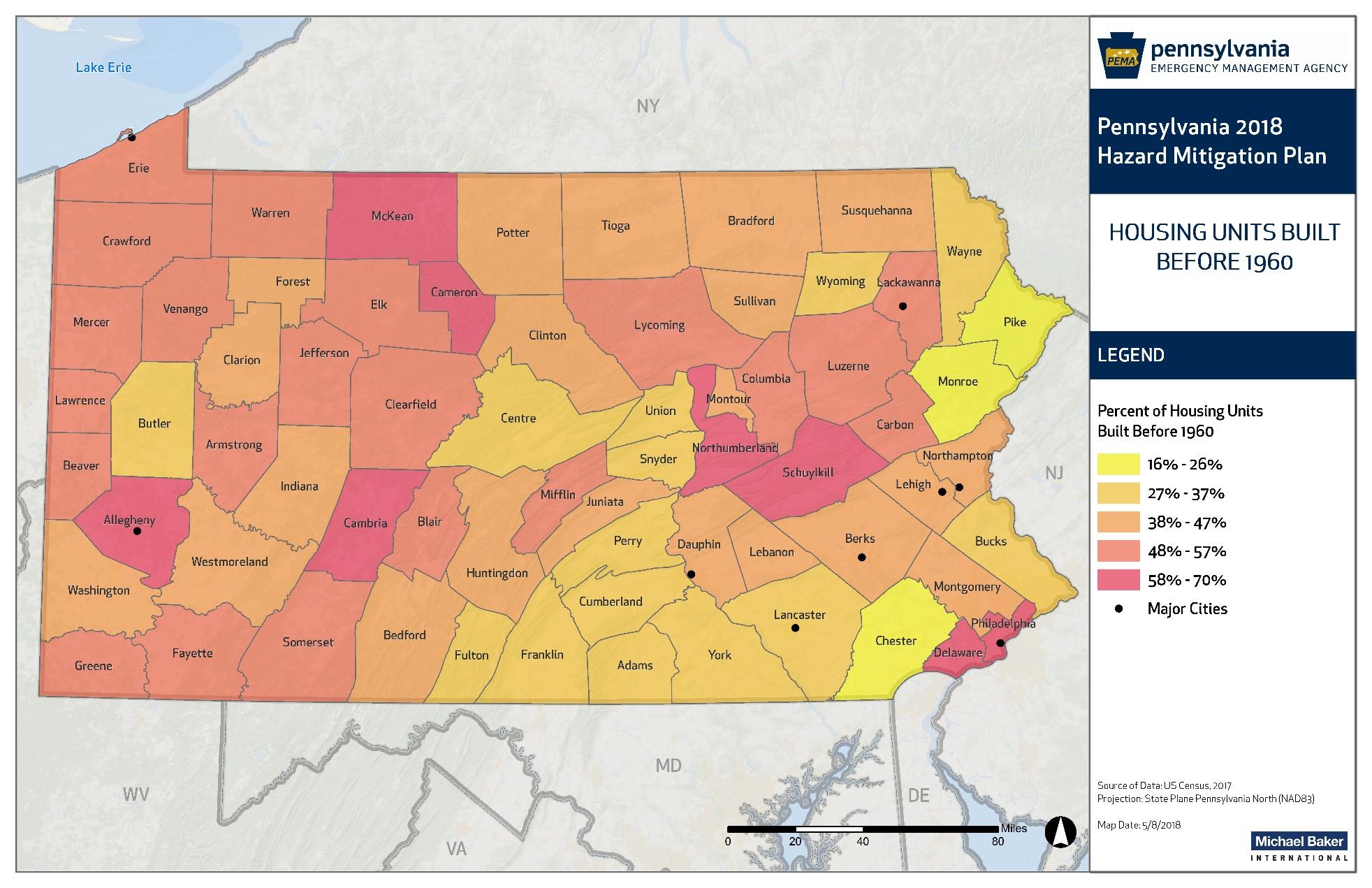