In addition to flooding and severe winds, hail is another potential damaging product of severe thunderstorms. Hailstorms occur when ice crystals form within a low pressure front due to the rapid rise of warm air into the upper atmosphere and the subsequent cooling of the air mass. Frozen droplets gradually accumulate on the ice crystals until, having developed sufficient weight, they fall as precipitation in the form of balls or irregularly shaped masses of ice greater than 0.75 inches in diameter (FEMA, 1997). The size of hailstones is a direct function of the size and severity of the storm. High velocity updraft winds are required to keep hail in suspension in thunderclouds. The strength of the updraft is a function of the intensity of heating at the Earth's surface. Damage to crops and vehicles are typically the most significant impacts of hailstorms. Areas in eastern and central Pennsylvania typically experience less than 2 hailstorms per year while areas in western Pennsylvania experience 2-3 annually.

Hailstorm events are expected to continue to occur annually, primarily between April and August, throughout Pennsylvania with the southeast and west portions of the state experiencing a higher number of hailstorm events compared to other areas. 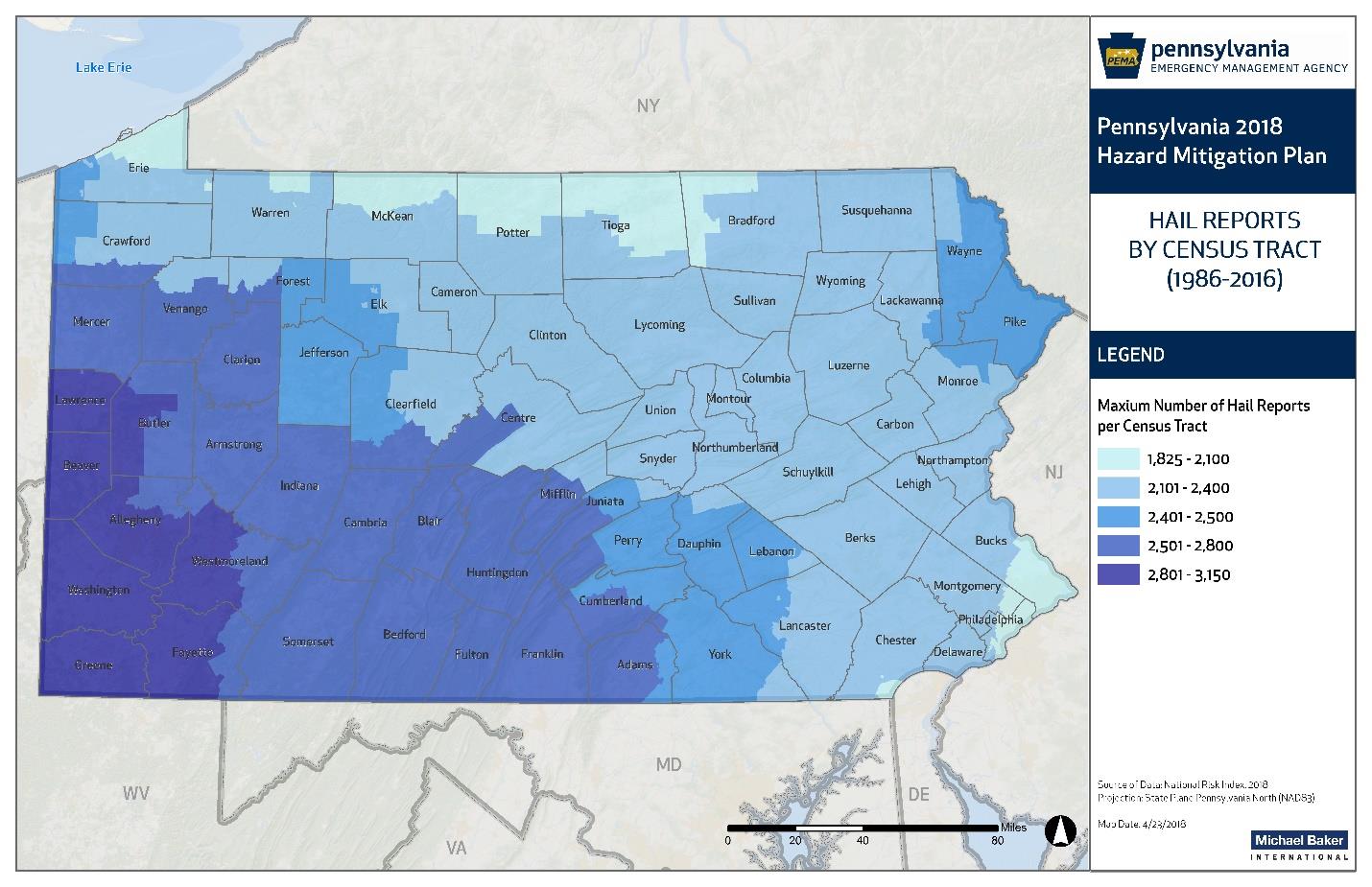 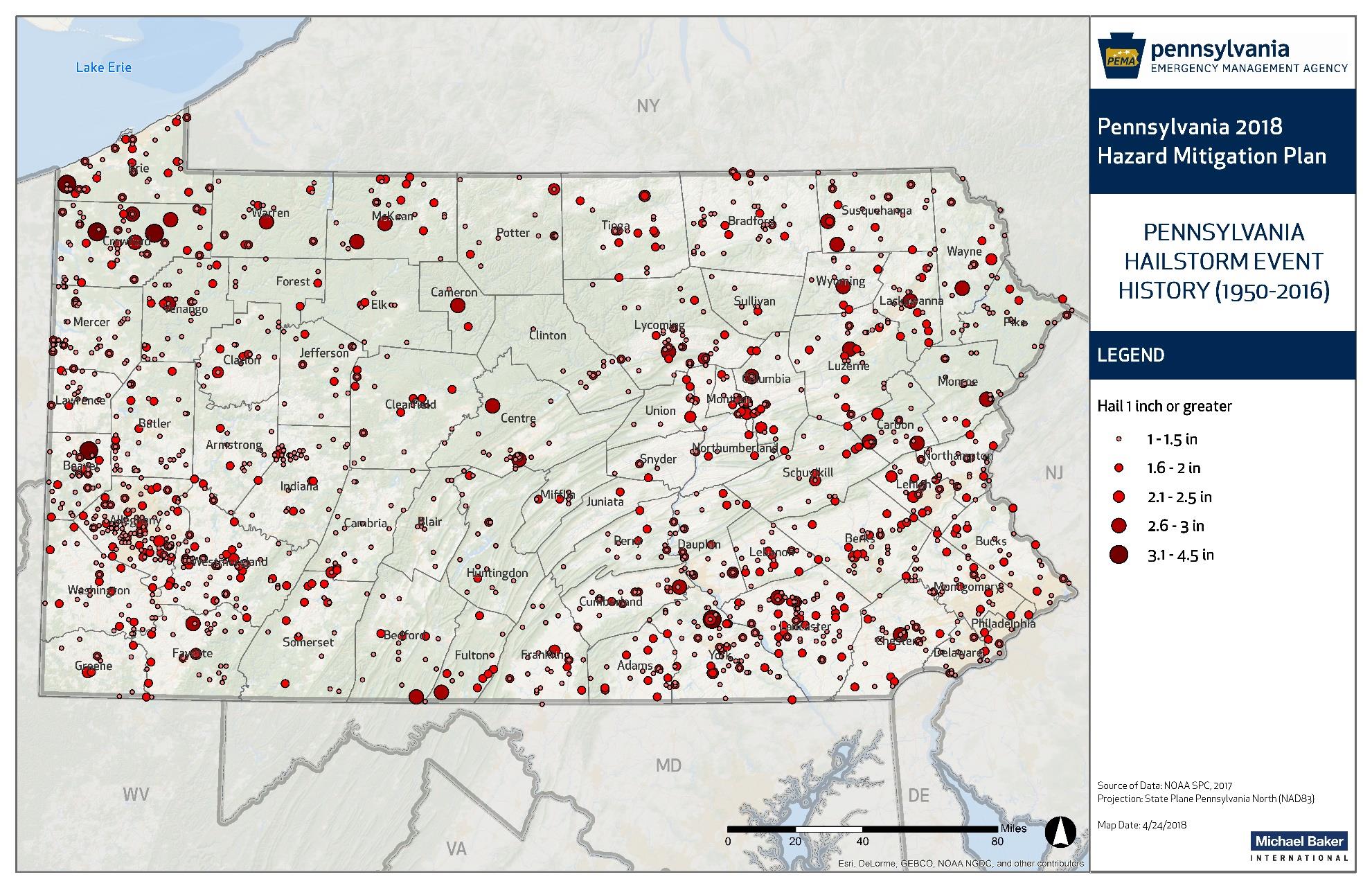