An urban fire involves a structure or property within an urban or developed area. For hazard mitigation purposes, major urban fires involving large buildings and/or multiple properties are of primary concern. The effects of a major urban fire include minor to significant property damage, loss of life, and residential or business displacement. Explosions are extremely rapid releases of energy that usually generate high temperatures and often lead to fires. The risk of severe explosions can be reduced through careful management of flammable and explosive hazardous materials. (FEMA, 1997).

They tend to occur in denser, more urbanized areas statewide and most often in residential structures. Urban fires can more easily spread from building to building in denser areas. Furthermore, urban fires are a more significant threat in the many areas of the Commonwealth with a significant proportion of buildings built before 1970.

From 2010-2012, there were 51,743 building fires, 10,560 vehicle fires, and 1,925 explosions reported to the Pennsylvania Fire Information Reporting System (PennFIRS).  In Pennsylvania, the fire mortality rate is approximately 3.5 deaths and 14.6 injuries per 1,000 fires. As of May 2018, 72 fatalities caused by home fires have been reported by the U.S. Fire Administration, and in 2017, 112 deaths were caused by home fires. Between 1990 and 2017, 230 on-duty firefighter deaths were reported. The worst-case urban fire or explosion event in Pennsylvania occurred in February 1991, when a fire broke out in the One Meridian Plaza skyscraper in Philadelphia. The fire started on the 22nd floor and burned for 18 hours, gutting eight floors and causing an estimated $100 million in property loss. This event also caused the windows in the building to break, granite to crack, and other structural weakening.

Urban fire events occur daily in communities across Pennsylvania. The probability of future occurrences may decrease with the construction of new buildings to building codes that address fire prevention, detection, and extinguishment. Also, continued efforts to increase public awareness of the dangers of urban fires will help to mitigate injury, death, and property loss. 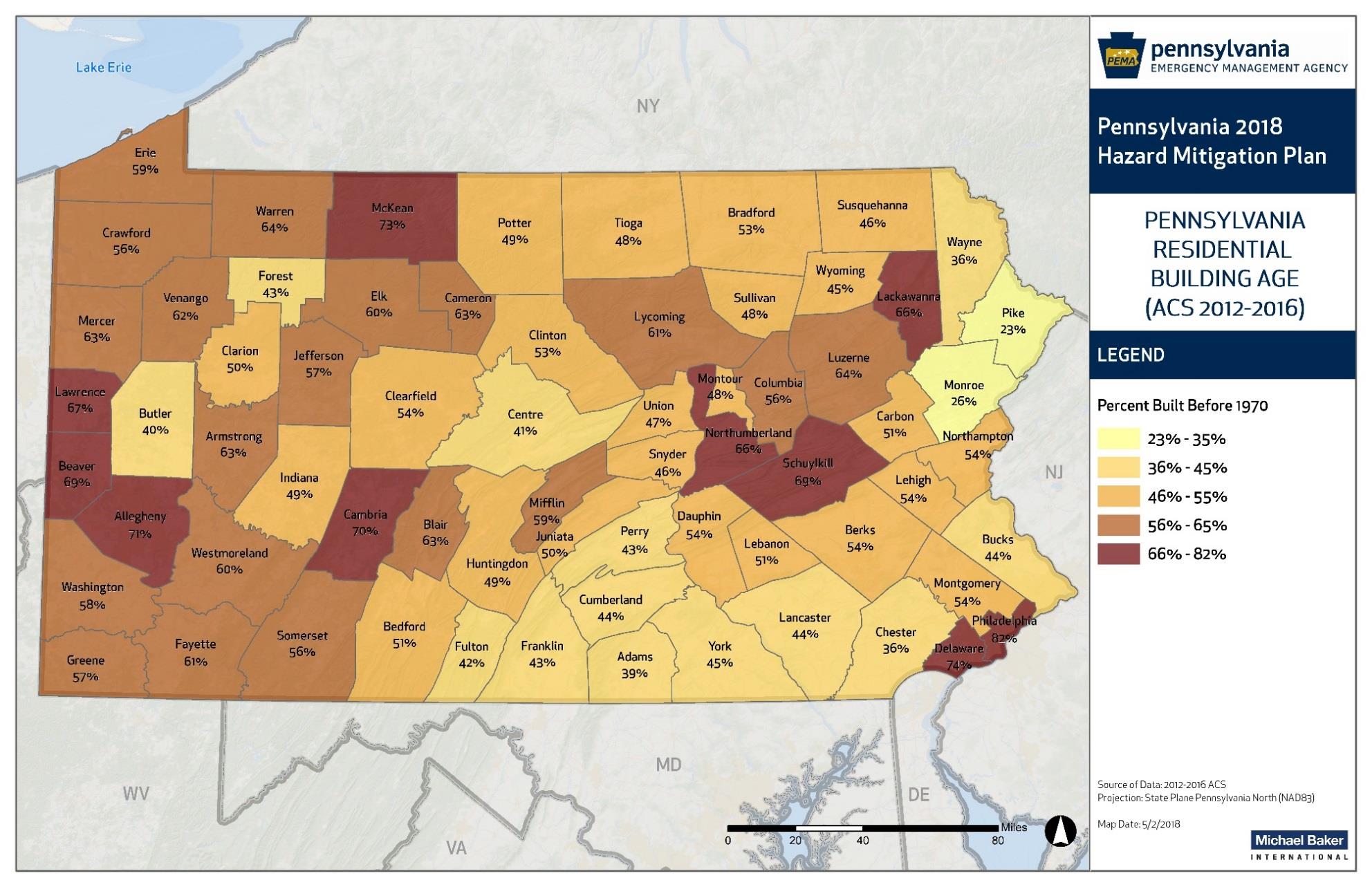