A wildfire is a raging, uncontrolled fire that spreads rapidly through vegetative fuels, exposing and possibly consuming structures. Wildfires often begin unnoticed and can spread quickly, creating dense smoke that can be seen for miles. Wildfires can occur at any time of the year, but mostly occur during long, dry hot spells in the spring months of March, April and May. Any small fire in a wooded area, if not quickly detected and suppressed, can get out of control. Most wildfires are caused by human carelessness, negligence, and ignorance. However, some are precipitated by lightning strikes and in rare instances, spontaneous combustion. Wildfires in Pennsylvania can occur in fields, grass, brush, and forests. 98% of wildfires in Pennsylvania are a direct result of people, often caused by debris burns (PA DCNR, 1999). 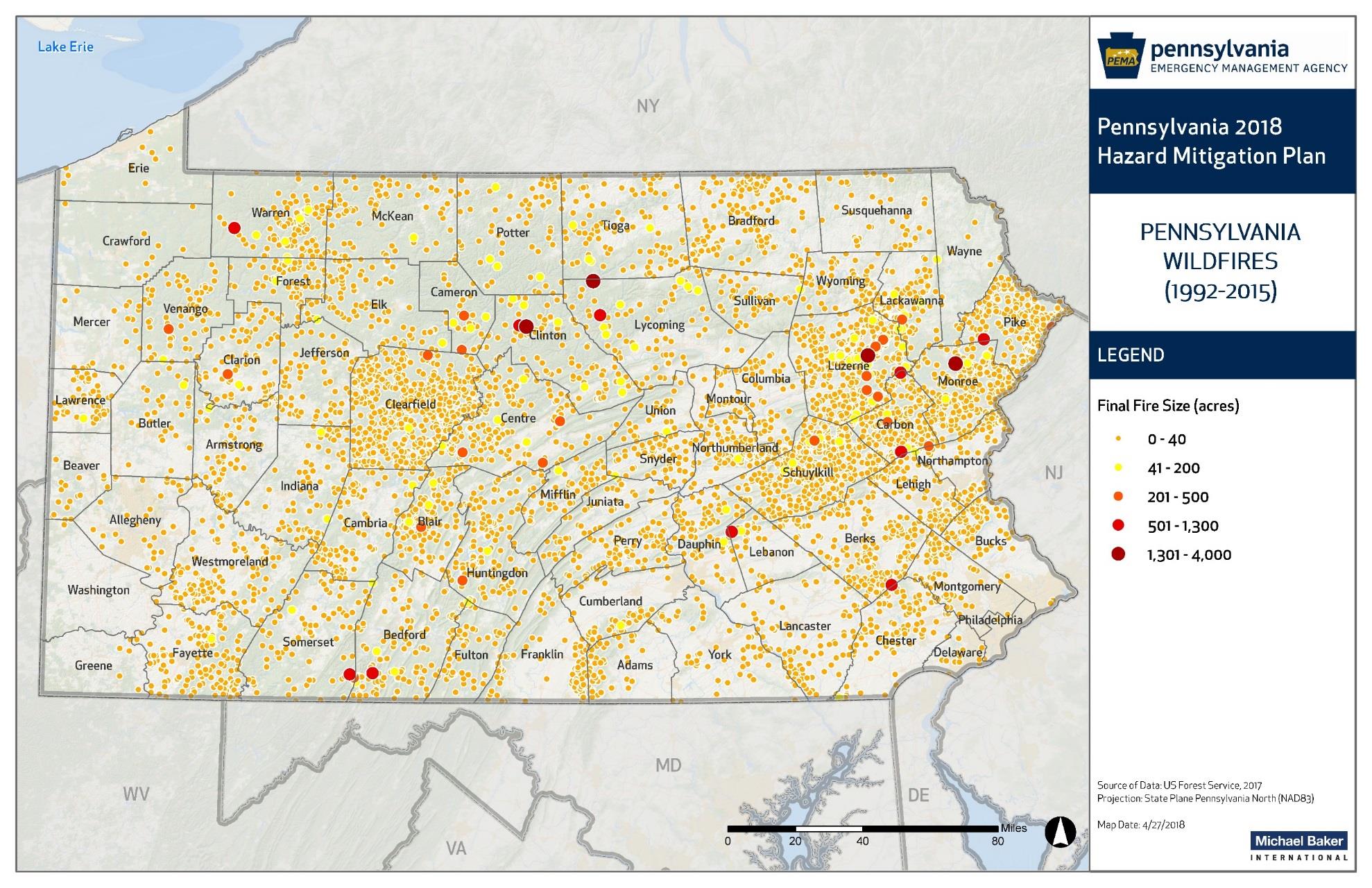 Map showing location of and size of wildfires (US Forest Service, 2017)